Epilepsy Awareness Week takes place from 23rd-29th May 2022 this year.

It can be really traumatic to witness someone having a seizure. But it can be even more traumatic when you don’t know what to do…

Seizures or fits are most commonly associated with epilepsy. As a first aider, it is important to know that there are many other causes of fits, including diabetes, head injury, becoming too hot, or following a fever or infection (particularly in children). It is estimated that around 1 in 20 people will have a fit.

When someone has a major seizure, they will lose consciousness, their body will stiffen (seize), and they will often fall to the ground. They will then start to make varying degrees of jerky movements. During the fit, it is likely that the casualty will lose control of their bladder and bowel.

Sometimes, Epilepsy can be caused by damage to the brain, damages include:

Call an ambulance if:

While Epilepsy is a lifelong condition, most people with epilepsy are able to have normal lives if their seizures are well controlled.

Many children with Epilepsy can attend a regular school, partake in most events and sports, and get a job when they are older. However, you may have to think about your Epilepsy before doing things such as driving a car.

We have a free e-learning course on the website for epilepsy!

You can learn more and get a free e-certificate here!

Find this article useful? You are sure to find our blog on Minor Seizures just as valuable (I’m sure many of you aren’t aware that these exist!) 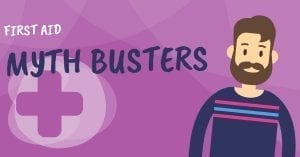